Reflections on Fourth Sunday of Lent


The First Reading from the Book of Samuel talks about anointing a king.  In this story of the Old Testament, the Israelites wanted a king like all the other nations.  Samuel was not happy about it but God gave the people what they wanted.  Samuel went to the house of Jesse where God sent him to anoint a king.  Samuel looked at one of Jesse's sons, Eliab, and thought him to be surely the one that was chosen by God.  But God said "Do not judge by appearance. He is not the one."  God explains that man looks at appearance but He looks at the heart.  God is right.  Human beings very quickly judge on appearance.  But, who has not?  What we should be doing is to look at the person and try to see if he or she is kind and compassionate.  When Samuel asked Jesse if he had any more sons, Jesse replied that his youngest is working in the field. His name was David and he was tending the sheep.  He was brought forward and God instructed Samuel to anoint him for he was the one that God had chosen.  Here, David is a shepherd of sheep and God's Son, Jesus, is the Shepherd of souls.  There is a similarity between King David and Jesus.  God sent Jesus into the world as Shepherd of souls and bring us back to God.

Our Gospel reading tells the story of a man born blind.  The disciples asked Jesus whose sin it was that caused the man's blindness: the man's or his parents.  Back in those days any infirmity was looked upon as a curse from God.  Jesus told the disciples that the sins were neither of this man or his parents.  The man was born blind to manifest the power of God.  After God healed him and gave him sight, they still did not believe Jesus.  They brought the man before the Pharisees. They thought that because they were followers of Moses they were privileged and all the rest of humanity was born in sin!  I feel in this Gospel that whether you are religious or not,  disabled or not, we are all guilty of sin.  We are not any better than someone else.  We are often quick to see the faults of our neighbors that we do not see our own sinful faults.   This should remind us that we are all blind in many ways.  We need to meditate on what faults or sins hinder our relationship with God.  Once we see what they may be, we can then try everyday to work at fixing it so we can grow more and more in our personal relationship with God.  I also feel that this Gospel teaches us to be compassionate and kind to one another no matter what people's faults may be, or what people look like.  If we were all the same, then there would be no use to show compassion, is there?
No comments:

Reflections on Second Sunday of Lent 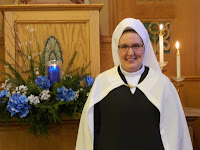 As I reflect on the three readings for this Second Sunday of Lent, I recognized similarities in them.  They talk of God's calling.  He called Abraham and Jesus and manifested His will for them.  Each responded to His call with faith and obedience.  God still calls all of us to follow His will in each of our lives.  We need to have the same desire to follow in obedience and faith in God's will given to us personally.  There will be hardships in our lives whether that call is to religious life, marriage or the single life.  One may have hardships with one's co-workers, one's boss, or maybe even have disagreements with one's fellow Sisters in her religious community.  People may say "you are crazy!" in doing what we desire to do out of free will.  Yes, it is true that we have a free will, given to us by God as a gift.  We need to realize that we only have one life to live.  We need to have faith and obedience in the call God has for us.  We do not know how this call will turn out, or predict the hardships we will face.  Despite the hardships though that will follow, and the flack we get from others and the world, I will try to remember that God is with us on the path He has chosen for us.  He will give us the grace of  perseverance in our journey towards our permanent home in heaven with Him. 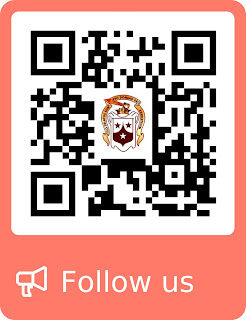 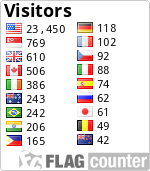